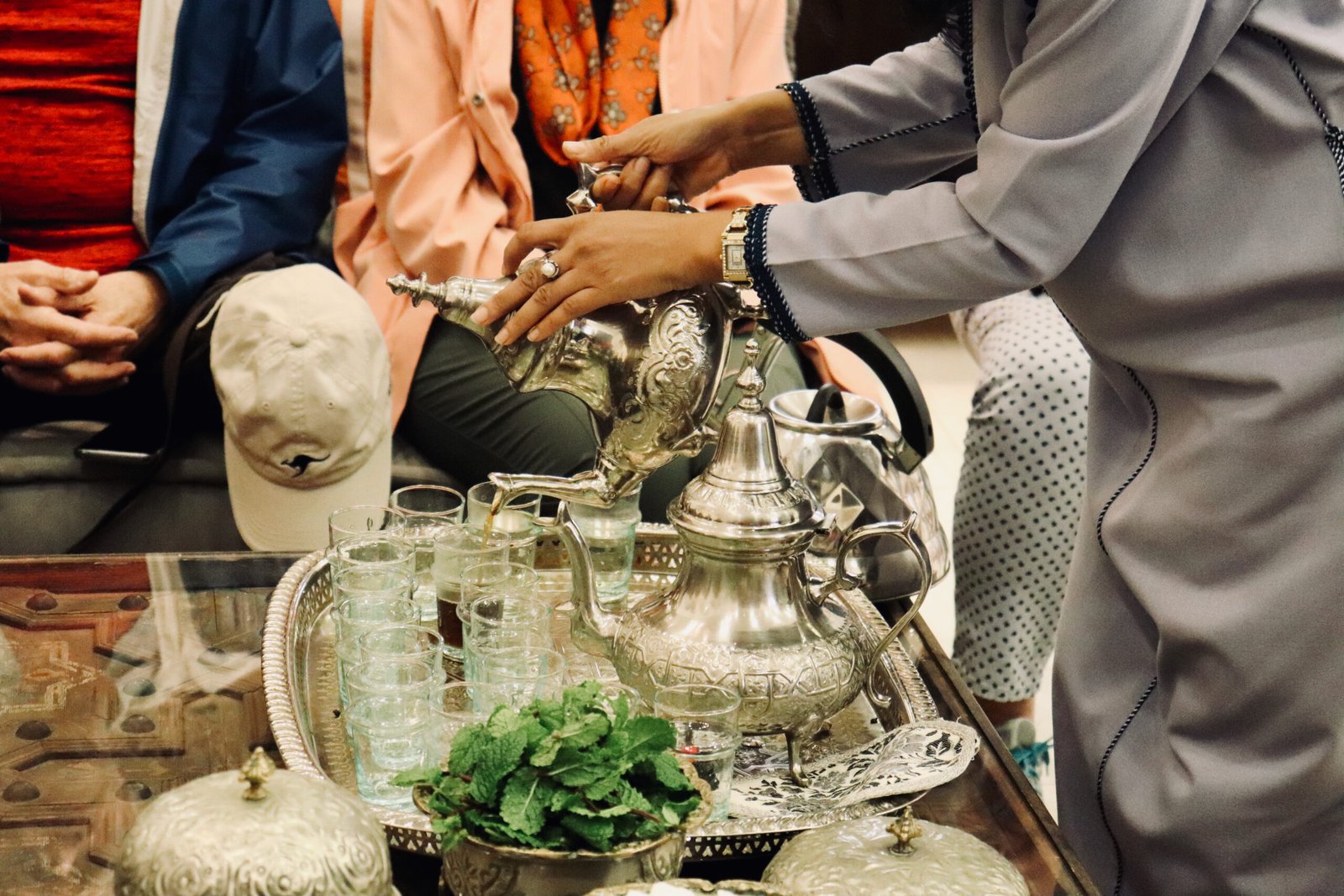 Moroccan mint tea is not just a drink, it’s a whole culture on its own. From the making to the serving to the drinking, there are certain rituals followed and inherited by generations when it comes to every Moroccan’s beloved drink, ‘’Atay’’.

Considering the fact that it is the second drink babies have right after their Mother’s milk, Moroccans nearly believe that ‘’Atay’’ is part of their DNA. This worldwide famous Green tea is drunk in mornings, afternoons, and evenings, at any given time and occasion, mostly enjoyed while being alone or with friends. It is a symbol of hospitality and tranquility, a chance to drive meaningful conversations, yet could also be a moment of quietness and meditation for some. 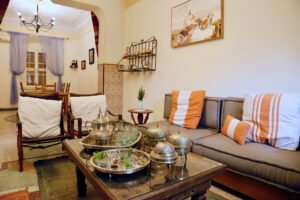 Regardless of age, gender, social status or personality differences, all these barriers could vanish when someone offers you a cup of tea. The best part is you can never say no to an offer to tea, otherwise, that would seem impolite or a harsh rejection. Moroccans can often drink more tea than water on any given day. This is not a surprising fact, as multiple studies have shown that people who drink green tea are significantly less likely to get many types of cancer, such as prostate and breast cancer…compared to those who do not. It may even help you lose weight as the caffeine and catechins it contains have been shown to boost your metabolism and increase fat burning.

The nutritionist, Dr Ruxton said on BBC news that ‘’sipping tea all day might be even better for you than drinking water’’. So, whether you are a coffee or a tea person, there is one fact that you should know, about drinking green tea, which is the state of relaxation, resulting from the body’s reaction to drinking this golden liquid.  Explains a lot about  Moroccans being always chill and leading a healthy life, right? 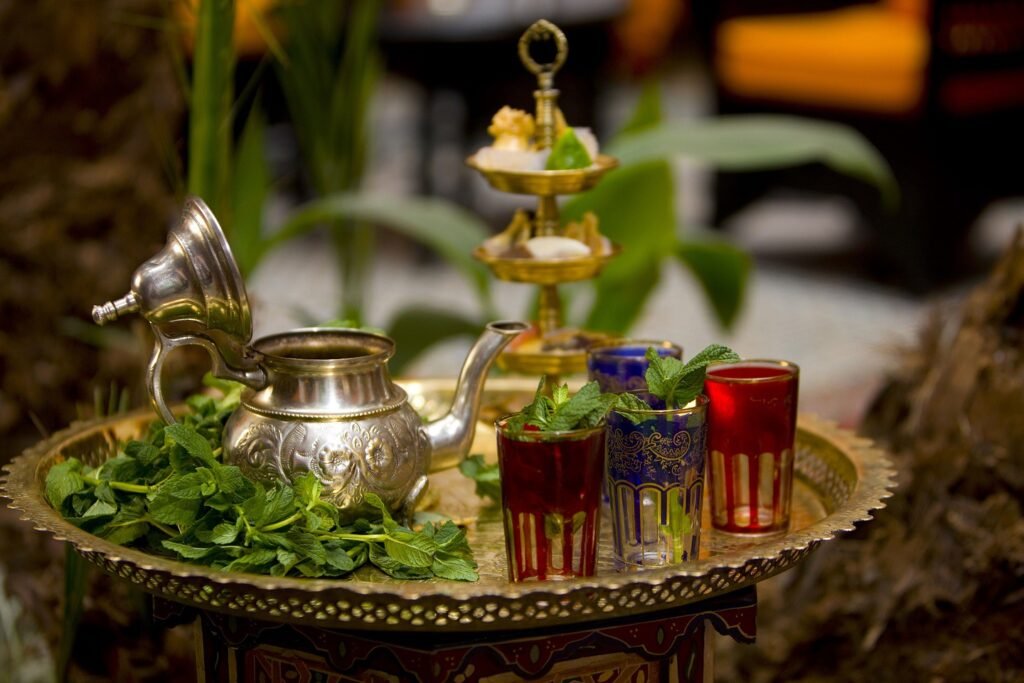 While Aladdin’s teapot hosts a genie and has no cups, a Moroccan tea set comprises of a teapot, decorated tea glasses with charming Moroccan designs, and a Moroccan tea tray with deep hand-made engravings ( Sadly, no Genie is included this time). The high-quality Moroccan teapots are those made of silver, brass or stainless steel. These materials are not only durable but also safe for brewing and serving tea.  Moroccan teapots come in different shapes and colours, which makes them aesthetically eye-pleasing and mood-boosting.

The symbol of hospitality 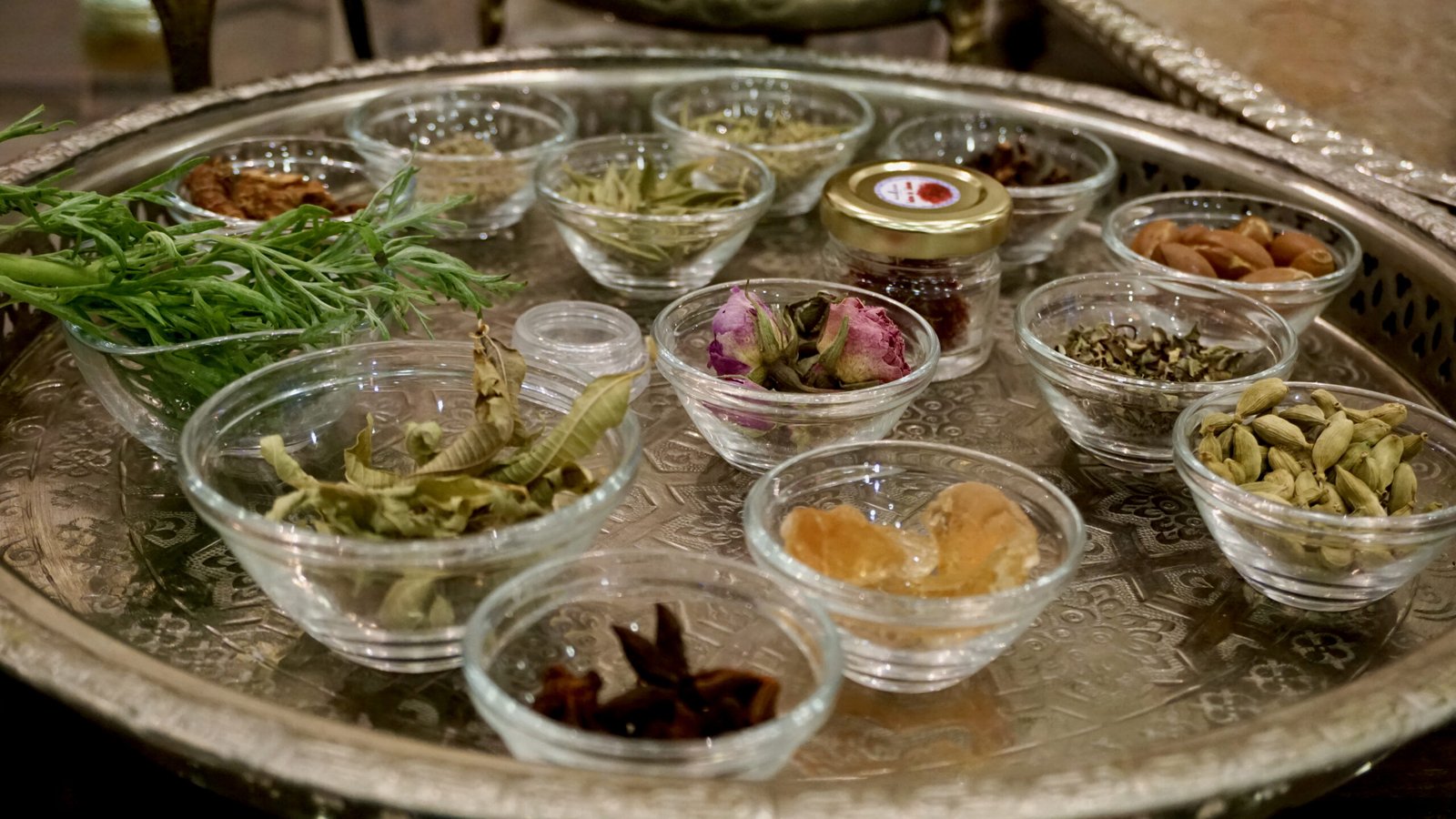 In Moroccan culture Making good Tea is considered an essential skill. A wide variety of herbs are added to this ingredient (dried leaves of tea), the most popular and well-known is definitely the Moroccan mint – Yet, lemon balm, thyme, sage, and wormwood are often added as well, along with natural sugar, in cube form. This last, Makes a major difference in the tea making, depending on the quantity, the more, the better. The sweeter the tea, the more valued you are as a guest to the host serving your tea, Just like a coded love confession. 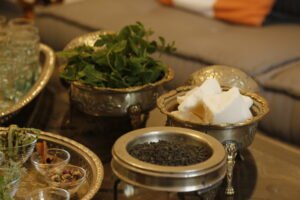 To get the most out of your cup of Tea, slow down and sip it. It’s not so much about the Tea as it is about socializing and getting to know one another, Tea, therefore, is just an excuse. It is emptied from the teapot into the glass and back again in a high arc, several times to create a nice foam layer. this may be more of a show, so fascinating to be watched, which would break the awkward silence before starting a conversation (good news for introverts). This ceremony is normally meant to develop the aroma or cool down the Tea and could also be associated with the importance of a guest as well, the higher the teapot goes while pouring the tea into the cups, the happier the host is, to have you as a guest. 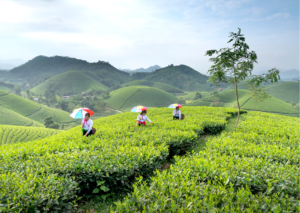 Planted in China, enjoyed in Morocco and served to guests from all over the world. Tea was never just a drink, in fact from the poor man to the rich one, It was agreed that tea is indeed  everyone’s favourite, consequently, many poems  and songs were written about Atay such as ‘’Tinariwen – and al kass hlou…’’ There is even this famous Idiom that says:

Boil your ego, evaporate your worries

Dilute your sorrows, filter your mistakes

and get a taste of happiness”

In Morocco the “Let’s have a cup of tea” saying, is an open invitation to be part of each other’s daily routine, by sharing a sweet memory together. Thus, a Morocco without tea doesn’t exist and can never be imagined. This warm mint tea is always present on Moroccan tables, 24/7 all throughout the year,  even in the hottest weather, it surely can not be missed. So, just in case you too want to have a taste of happiness, join us at Blue door cuisine, and liberate yourself from your worries by making tea and friends all at once. 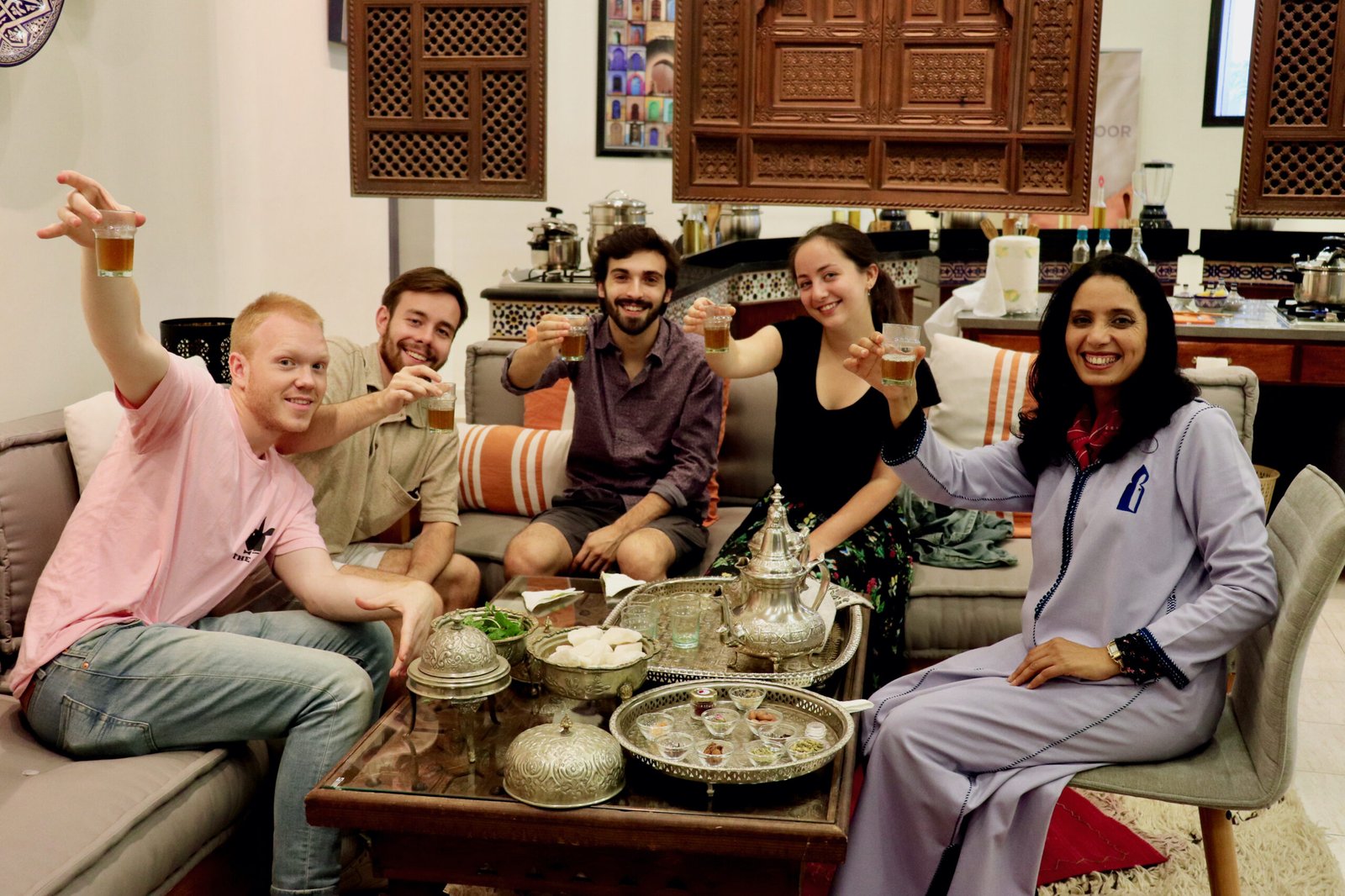 4 Thoughts on “Why drink water while you can just drink tea?”