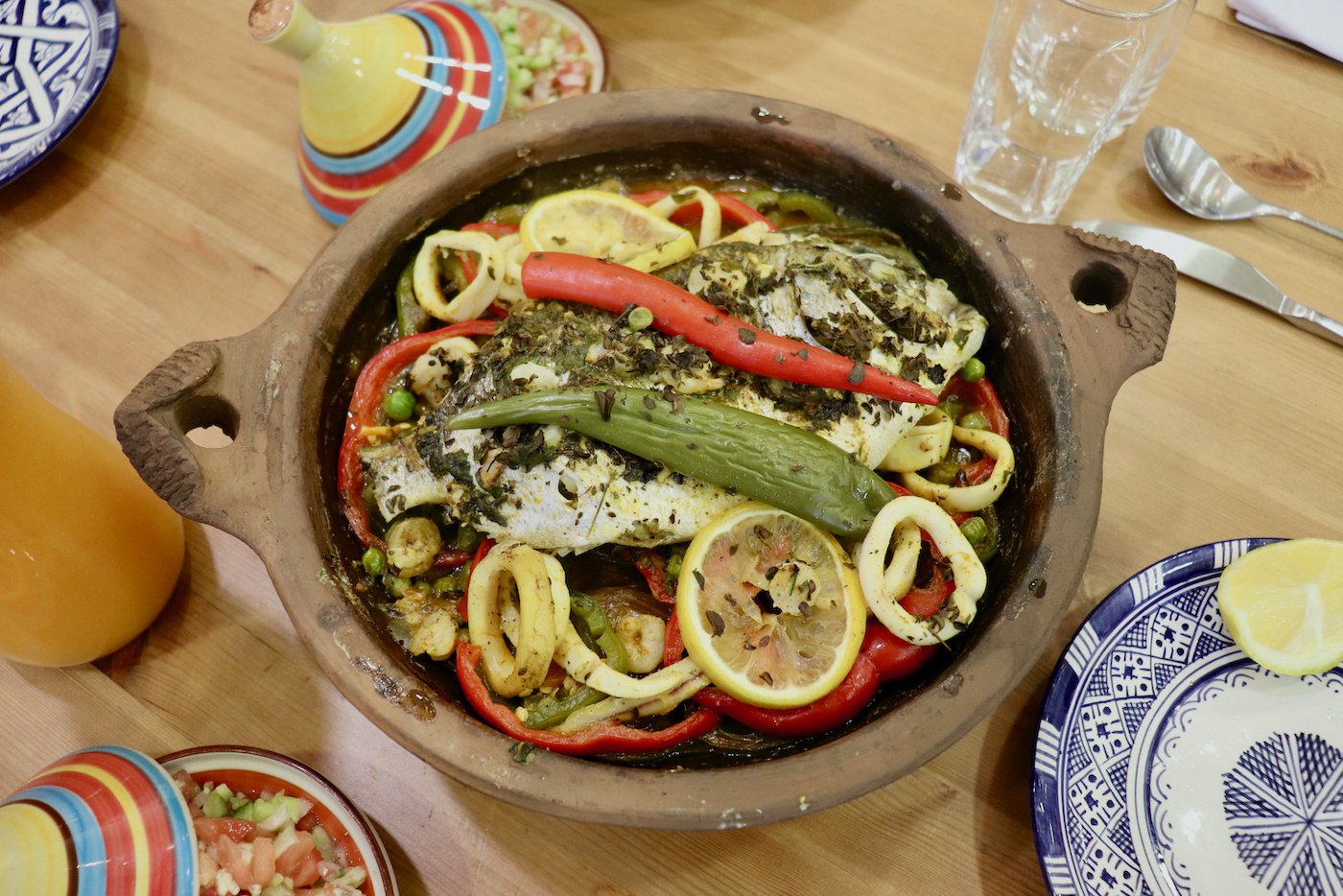 Every cuisine has its secrets and signature products – elevating its dishes and making them famous. Italy creates dishes featuring pasta to make food lovers travel from all around the globe on a culinary journey to spoil their taste buds. French cuisine is chiefly known for incorporating wine and cheese. Moreover, spicy and hot modest dishes characterize Indian Cuisine.

There are thousands of cuisines that unravel the beauty and the genius of their countries. Today, we will focus on a particular oriental cuisine that holds a great culture behind its diverse, intricate and locally-produced products: the Moroccan cuisine. Let’s dive deep into the Moroccan food adventure and travel from one Moroccan city to another, discovering the secrets behind the unique taste of their famous dishes.

Smen or Rancid Butter, as some call it, is a preserved aged butter used in Moroccan cooking. It is present in almost all Moroccan traditional dishes. But in some, it is a staple, like Harira (Moroccan tomato and chickpeas soup), Couscous, Tagines, traditional cookies, and even mint tea. According to my mother, it tastes even delicious when coupled with Safran. It is not necessary though since Safran is an expensive luxurious product.

Mothers and grandmothers usually preserve Smen in a specific brown pottery utensil called “Kolila”. It is in the shape of a small vase. Using only butter in a kasa’ ( a specific Moroccan utensil), Moroccan women knead butter until it gains the consistency of a cream. This technique is necessary to get rid of all the milk in the butter.

Afterwards, we add salt and knead again until the mixture is homogenous. We then fill the “Kolila” and cover it with a specific cloth called Hayati cloth. As a final step, we seal the Kolila with the Hayati cloth and put thyme on top of the cloth to protect the precious product from bacteria. We top the Kolila with another cloth to cover the thyme.

Another method is heating up butter in small fire then directly adding thyme. We leave the mixture to boil until it releases foam. We later take out the foam until only a yellow liquid is left. Then we leave it to cool off for 15 min and pour it in the Kulila. After it is completely cold, we cover it the same way as we cover smen in the first method.

PS: Thyme is not added to all the smen. In some dishes, the strong taste and smell of thyme may hinder the actual taste of the dish.

Translating literally into “The Head of the Shop” – some call it the Moroccan curry. It is a Moroccan product by excellence by combining 44 spices. Usually, the owner of the spice shop called “Al’Attar” prepares it by grinding all 44 spices together until they become a powder.

Ras el-Hanout is an essential ingredient in making traditional dishes such as the Chicken tagine found in the northern city, Tangier. In central Morocco, Meknes for example, Ras el-Hanout is only used in making Refissa; a Moroccan dish made with a special Moroccan bread and chicken.

There are two kinds of Ras el-Hanout in the middle of Morocco. In addition to Ras el-hanout, the other one is called “Lmher”. It does not include one ingredient; “Al-Halba” known as the yellow Fenugreek Seeds. Lmher is made using only 43 ingredients because the yellow Fenugreek Seeds’ taste is very strong. That is why Lmher is used in making couscous and meat tagine instead of Ras el-hanout.

Used in many countries, but rose water in Morocco has various uses that doesn’t necessary involve eating. Throughout the years, rose water played an essential role in the ritual of welcoming guests. It is sprayed on only very dear guests when they visit. Rose water is also sprayed using a “Lmrecha”, a specific utensil in the shape of a spray commonly used in weddings. For the bride, it is used on the Henna day. Each Friday, on the Muslim holy day, it is sprayed on men before they go to the mosque for Friday prayer.

When it comes to food, rose water was used to flavor cookies before flavor chemicals emerged. This is why rose water is only used in traditional cookies like “ka’ba” and “briwa”; two traditional almond stuffed cookies. It is also used in “mrouziya”; a sweet dish made with almonds and the meat of the sheep that Muslim men slaughter on the Muslim Eid (holiday).  It is also used in making Pastilla, and savory dishes like meat tagine.

Rose water was not manufactured in Morocco. That is why Moroccan women invented a way to make it at home. Using some specific utensils, sweet oranges, and the distillation method, pure rose water was for many years produced in Moroccan houses and still is even after its production flourished in Morocco.

Charmoula is a product specific to the middle of Morocco, especially Meknes and Fes. The Charmoula Mix is spicy and made with hot pepper, garlic and parsley. After we rinse parsley thoroughly and carefully, we dry it off and add cumin, paprika, salt to it. We grind the mixture until soft and preserve it in the refrigerator for a month.

It is a practical quick marinade for fish and Moroccan Taktouka – a side dish made of tomatoes and green pepper. It’s used in many other dishes as well. You can cook eggs in a tomato sauce and add charmoula and it would be the best tomato and eggs you have ever tasted in your life.

Moroccan cuisine is very broad and creative. Its original chefs are genius Moroccan women who invented products with humble ingredients to please their families while making food a one of a kind experience.

So, if you have not yet tried Moroccan cuisine, you should. You won’t regret it!