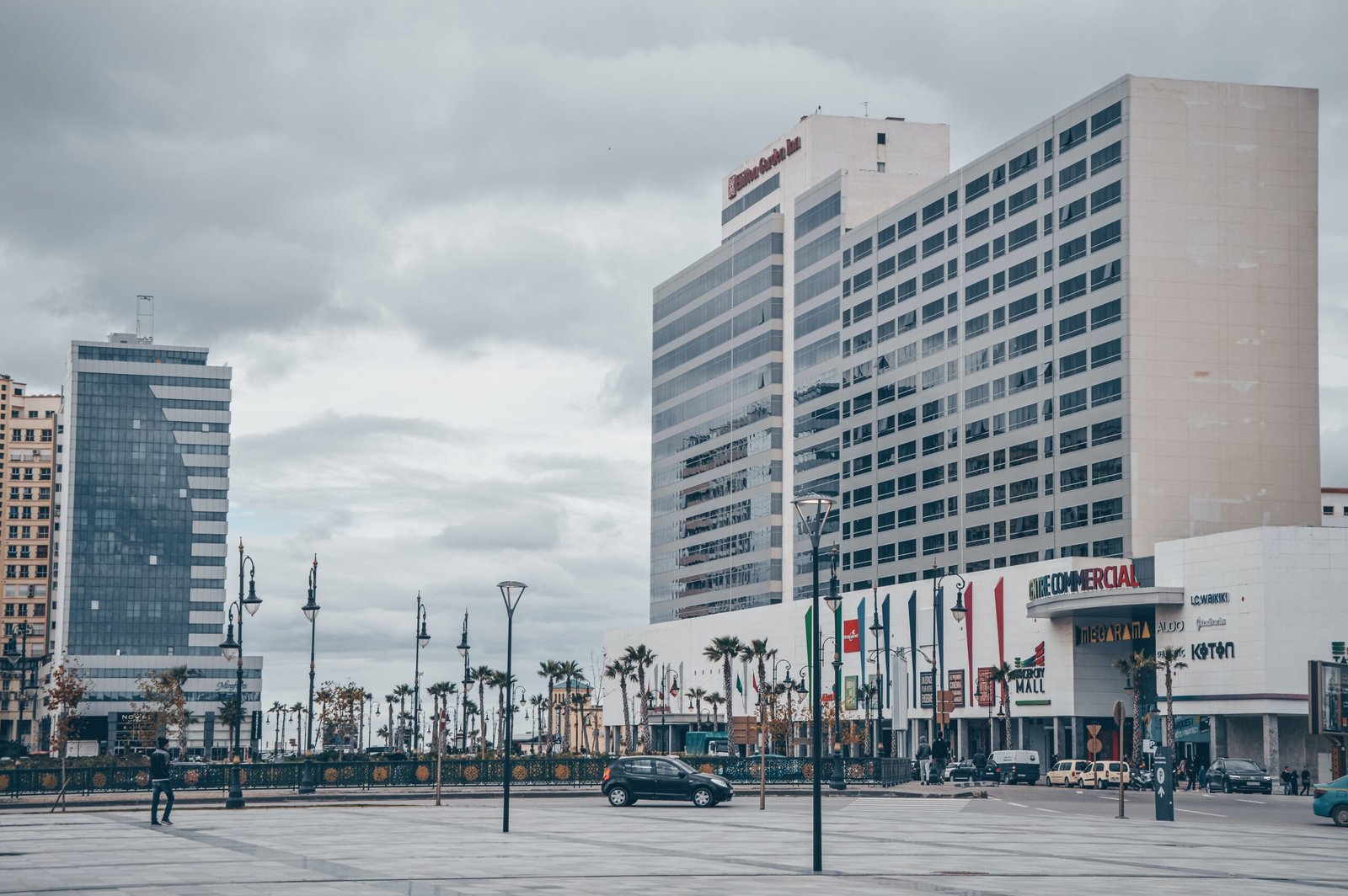 Most educated Tangawiyans can typically speak 4 or 5 languages. How many can you speak?
This is a very unique feature of Tangier. While many countries function in more than one language, it is usually no more than an official language and a local language, and maybe some dialects. But in Tangier most of the languages are completely separate.

Officially Morocco has two official languages, Darija or Moroccan Arabic, and Berber, the original indigenous language. But this is how it really works. 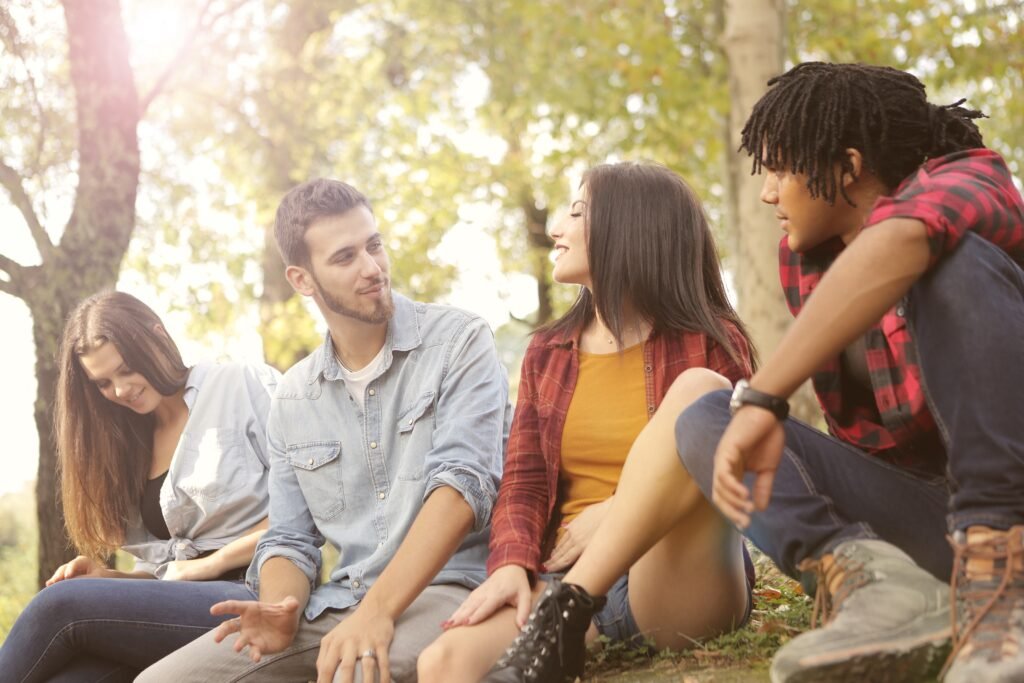 The lingua franca is Darija, which is Moroccan Arabic. This of itself is a controversial topic.
While it is classified as a dialect of standard Arabic, it has changed so much from the original that an Arabic speaker won’t be able to understand someone speaking in Darija. It is the main language of communication, especially in the markets, taxis, and daily life.

Darija mostly doesn’t use the Arabic script, though this is possible. Instead it uses English letters, but with the very curious addition of four numbers. 3, 5, 7 and 9 are all letters in the Darija alphabet. There are some very difficult sounds for English speakers. To me it seems like a verbal gymnastics session because the part of the mouth used jumps from the teeth to the base of the throat. It makes me feel like us English speakers are rather lazy.

What is also interesting about Darija is that it doesn’t have a standard spelling system either. And I don’t mean like in English where a word my have two spellings, in America it is“color” and in England it is “colour” – never the other way around.

In Darija spelling is flexible. For thank you, you can write “shukran”, or “shokran”, or “chukran”. It’s lucky no one is given a spelling test. While everyone speaks it, it isn’t taught in schools. It is a curious situation where it is the language used to teach, but not actually formally taught – though there are many schools which use French or Arabic or another language as the medium for teaching.

It has changed a lot from standard Arabic because it has had so many influences – it is a hybrid language. It has a strong Amazigh background, with heavy influences from French, Spanish. And maybe it’s a Moroccan way of being unique. Oh – and don’t be mistaken thinking that once you’ve learnt Darija you’ll be good everywhere. Tangier’s version isn’t quite the same as the rest of Morocco. And of course, there is also Algerian Darija and Tunisian Darija. 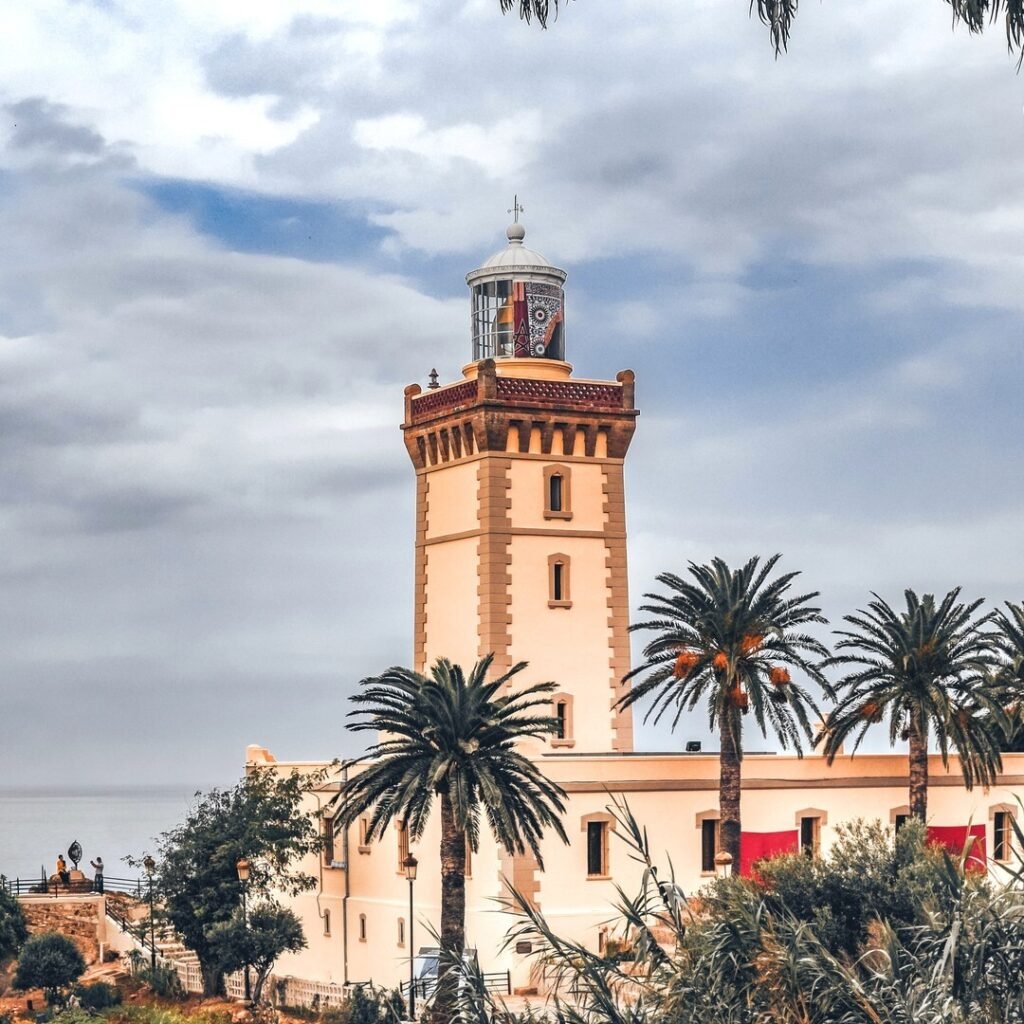 The second official language in Morocco is Berber or Tamazight. Berber is the original language of the people of Morocco – the Berbers or as they preferred to be called, the Amazigh. Many people in the mountains still speak Berber, and a lot can understand some, but it is a language that is shrinking.

All government buildings have signs in Amazigh as well as Arabic – the strange symbols which look like they are out of a sci-fi movie. But few people are able to read them.

Naturally the language used locally has been strongly influenced by the indigenous language of the region. The Amazigh are spread across Morocco, Algeria, Tunisia and into parts of Mauritania and Mali.

Arabic is of course the language of the Arabs, whose culture and language has spread from the Middle East all along the north African coast as well as to many other parts of Africa. Classical Arabic is studied formally in schools and there is Arabic writing everywhere. It is considered one of the hardest languages to learn. It has a softer sound than Darija.

Egyptian Arabic is understood by most people, made popular by the huge Egyptian movie industry. Maybe because it is such an old language, it has many, many words for things we have just one word in English. For example, there are 70 different words for ‘lion’. 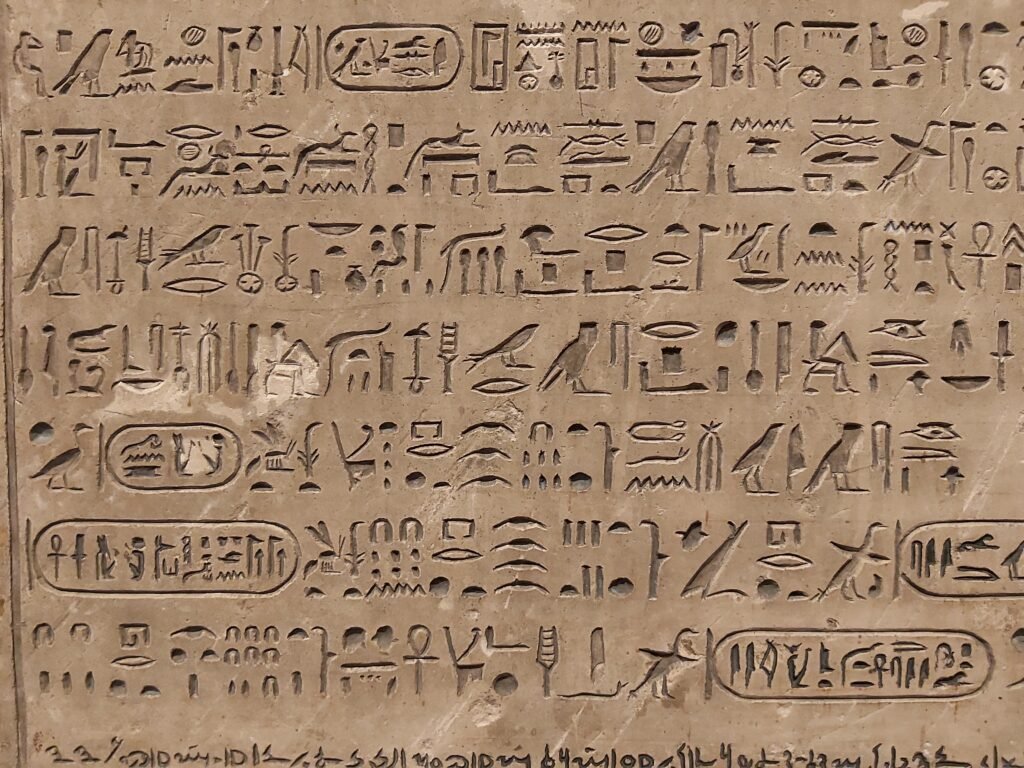 Though Arabic is used officially, so is French. Most official documents will come in both languages. What’s more, most people speak French and many Moroccans prefer to use French over Darija as their main language, at the very least switch freely between the two. This is of course as a result of the many, many years of French occupation

I am daily confronted with signs and communications which are in Darija, French and Arabic, which I consider as three separate languages.

But that isn’t all.

More recently English has been picking up popularity, especially among young people. The English teaching industry in Morocco is a growing one, and it is taught in schools, alongside French and Arabic.

While I am in official places and near the medina and city centres, I rarely have trouble finding people who speak enough English to help me out. (My French is still very limited, and my Darija is a little on the shweeya shweeya side). Socially there are a lot of English speakers as well as French speakers, and of course a large number of people from France live here – like with English, there is a high demand for language teachers. 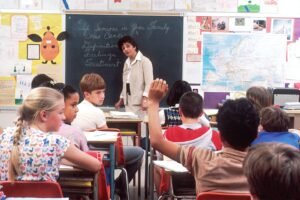 Tangier has a little extra surprise. Together with all the other northern parts of Morocco (Tetouan), there is also a lot of Spanish spoken. When you consider how close Spain is, this is hardly surprising. There is a big Spanish school and language centre, just as there are French and English ones. Tarifa is just an hour across the water by ferry. Many, many Moroccans have family living in Spain as well as France.

Many schools are bilingual or trilingual with classes conducted in the separate languages – English, French and Arabic or Spanish. Or you can choose a school that teaches through just one of those languages.

So, I find that many of the people in the city area and that I meet up with in Tangier can speak 4 or 5 of those languages – Darija, French, English, Spanish and Arabic. And mostly they can speak them very well. They flit between languages fluidly, and I feel like when they apply themselves to a new language they seem to learn it very easily.

(Between you and me, I think they eat languages for breakfast.)

But this is not all. Tangier is so full of so many people from so many places, and people who have spent time in other places, I’m often in other language situations too, especially German or Italian speaking ones.

So, if you were thinking of picking up some extra languages and you were torn between more than one, come to Tangier where you can learn all of them at once.

Once you’ve learned the trick to doing that – to learning more than one language at a time, please let me know what it is!

On that note, it is time for my daily coffee and chill, and watching life pass on the street. 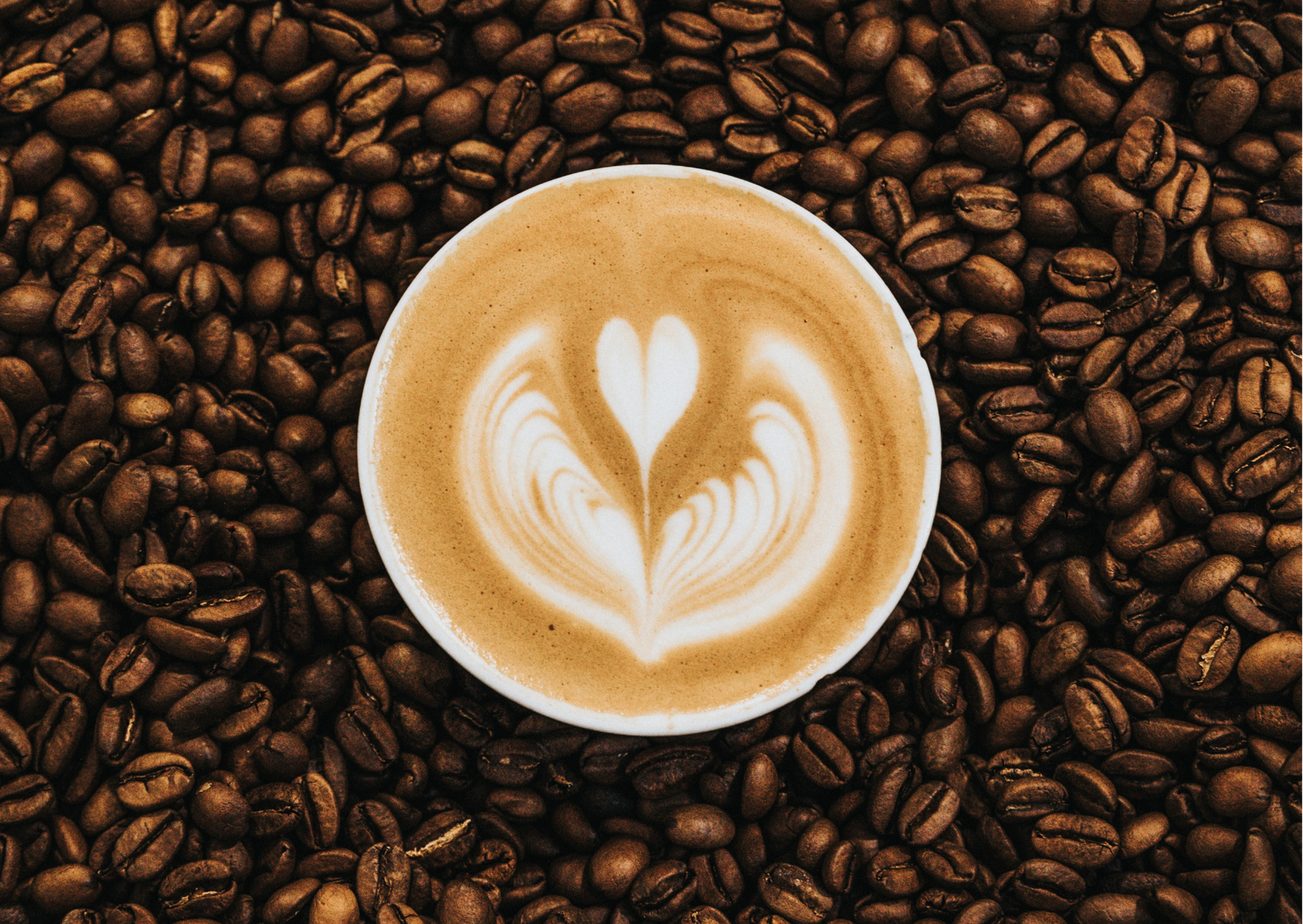